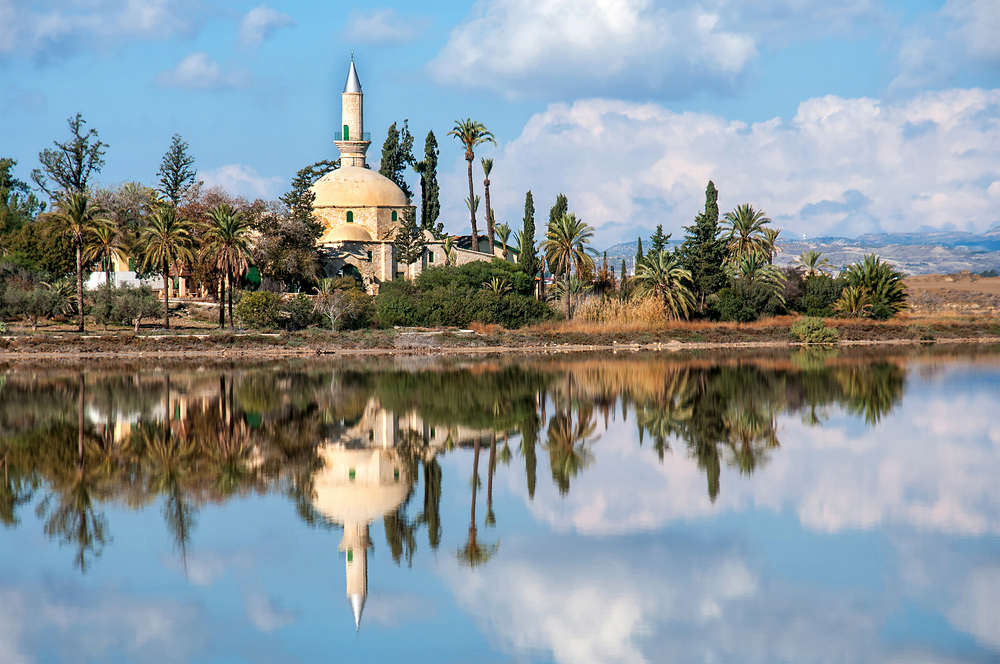 Hala Sultan Tekke or, the Mosque of Umm Haram, lies approximately 6 km southwest of Larnaka. Umm Haram (Hala Sultan) was the Islamic prophet Muhammad’s wet nurse and wife of Ubada bin al-Samit, one of the highest ranking officers of Moawia. The mosque was built over a tomb which, according to tradition, belongs to Umm Haram. The term tekke (convent) applies to a building designed specifically for gatherings of a Sufi brotherhood (“tariqa”) and may have referred to an earlier feature of the location. The present-day complex is open to all and does not belong to a single religious movement. Hala Sultan Tekke is a listed Ancient Monument and lies in a tranquil setting on the west bank of the Larnaca Salt Lake, which appears to be an important site also in prehistory. 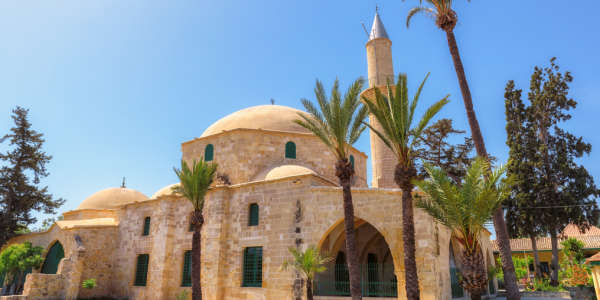 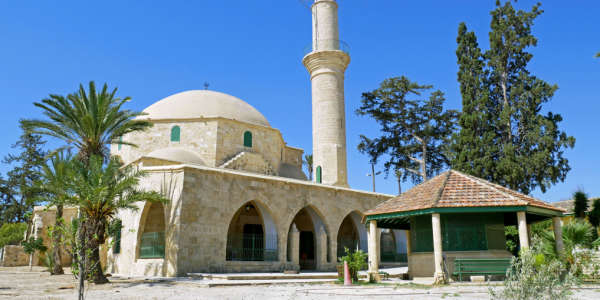 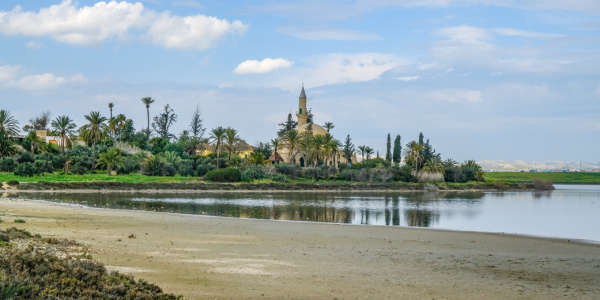 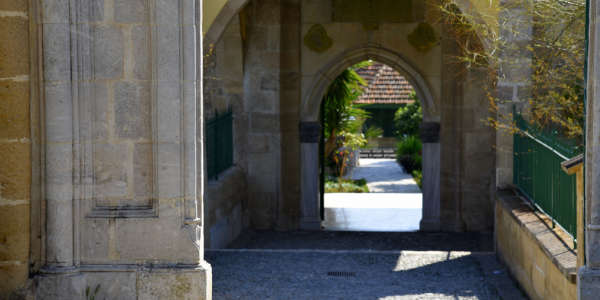 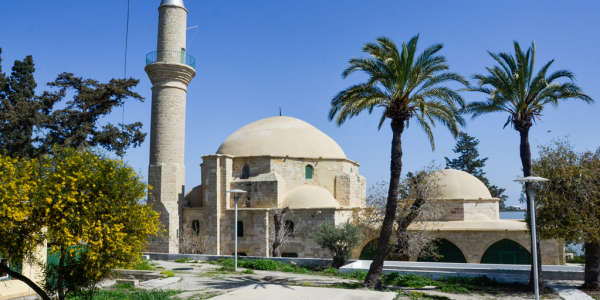 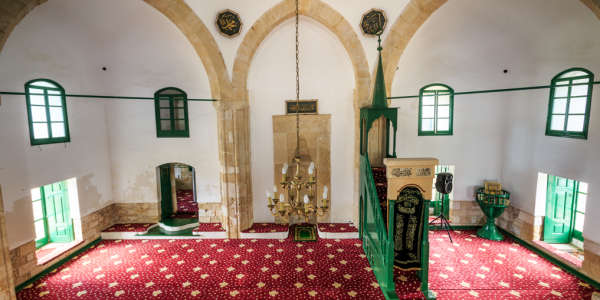 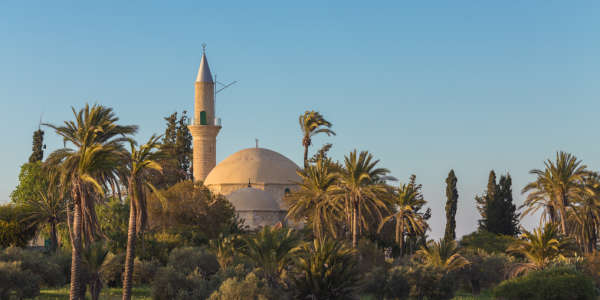 This mosque exemplifies Ottoman architecture. The Hala Sultan Tekke complex consists of a mosque, a mausoleum, one minaret, a cemetery and living quarters for men and women. Radar surveys conducted in 2010-2012 have demonstrated that the city was one of the largest in the Late Bronze Age (approx. 1600-1100 BC), possible as large as 50 hectares. Another archaeological investigation conducted by the Department of Antiquities, under the women’s quarter of Hala Sultan Tekke, have revealed building remains dated to the late Archaic, Classical and Hellenistic periods (6th – 1st century BC).

Many sources, including the United Nations Development Programme, refer to the Hala Sultan Tekke as the third holiest place for Muslims in the world. Others describe the sight as fourth most important. You might be surprised by the number of cats living there. They are friendly and like to play and be fed. The magnificent salt lakes, the intriguing historical building and the cats make this a perfect, family-friendly day out in Larnaca. This site is accessible daily from 8.30am until 5pm in the winter and 7.30pm in the summer. No payment is required but visitors are expected to dress appropriately. 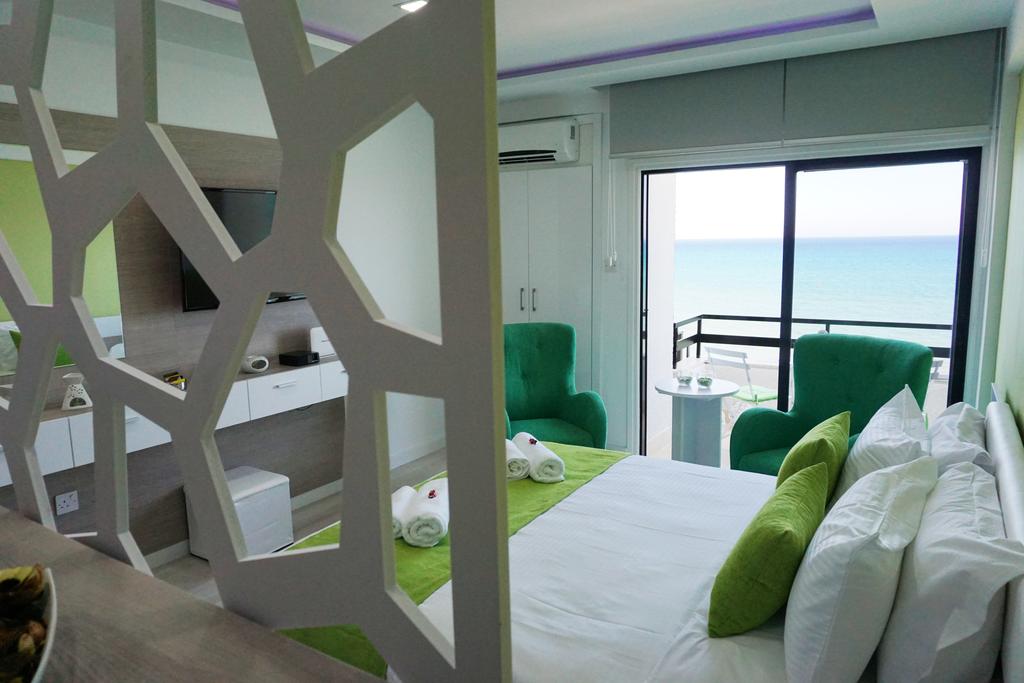 Awesome view, awesome hosts and awesome apartment. Probably the best you can get at this price point. It is clean, incledibly convenient location and i 100% recommend a stay. 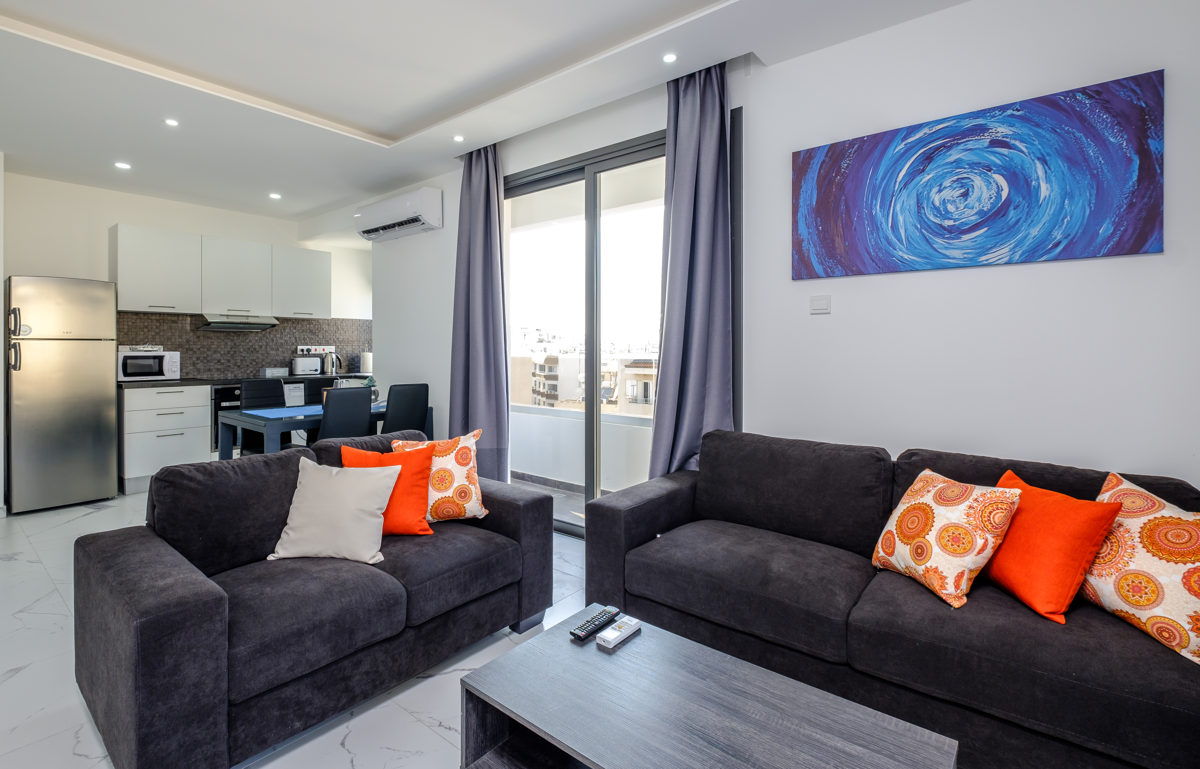 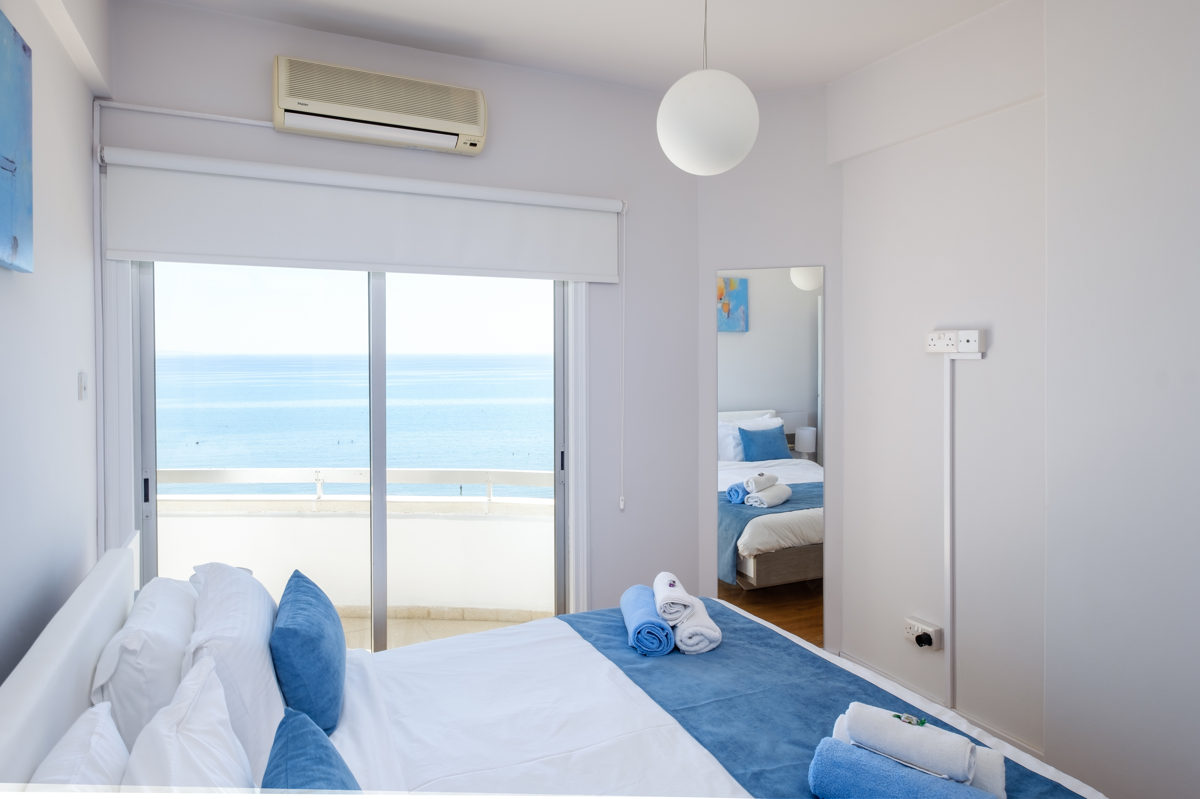 The apartment look exactly like in picture. It is very clean and well furnish. All the rooms ( 2 bedrooms and one living room) have sea view. Bathroom is not very big but it is nice and clean. Nice and very friendly staff. 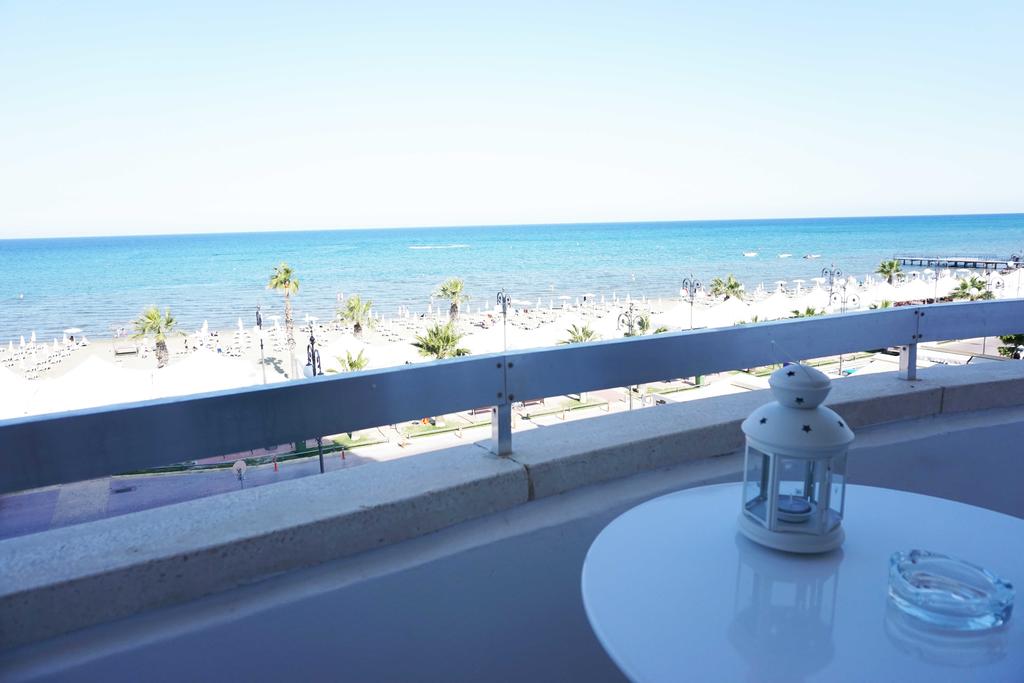 Stayed on one of these apartments with two friends over a weekend in July. All the spaces were clean and furniture in new condition. The decoration was also tasteful. There were a lot of basic products already in the apartment, for cleaning / showering, as well as any devices you would expect (iron, ironing board, hairdryer etc) and all cutlery. The location was great, being exactly across the beach, and there was a balcony as well with chairs and a table which was pleasant to use at night. Finally the managing staff was very accomodating and pleasant to interact with, and made sure all our needs were met. Highly recommended. 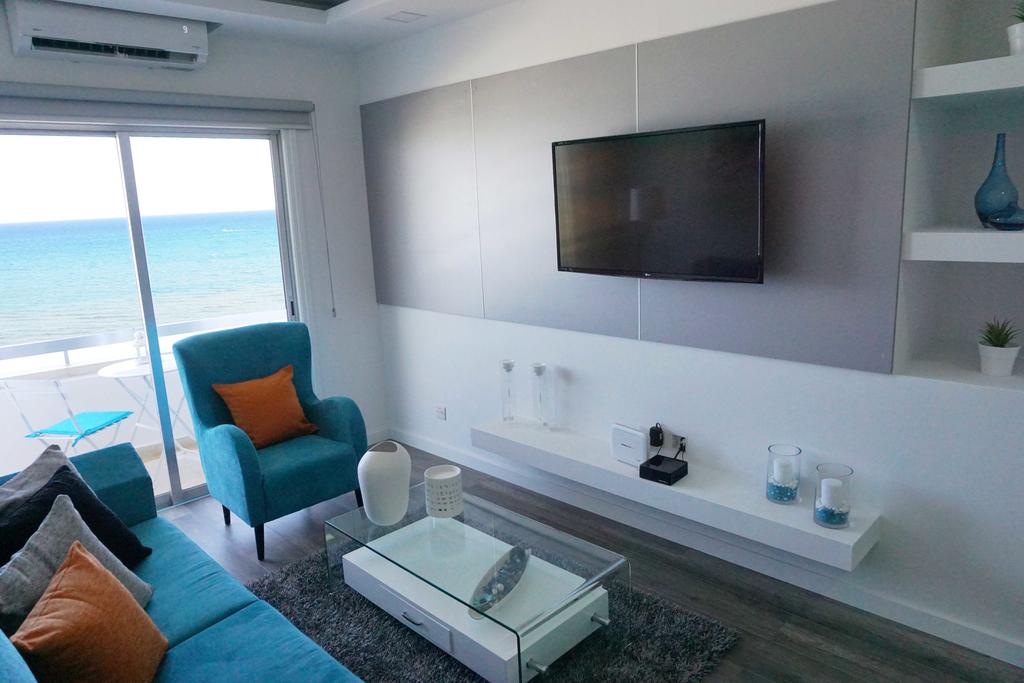 It is the second time when I stay in their apartments. Both are near to Finikoudes Beach. First one is located at 50 m from the beach … the second one 150 m. Both apartment look like in picture, are sparkling clean and very nice decorated. All appliances are functional and new. The staff is very friendly. Everything was a nice experience for me and my family. 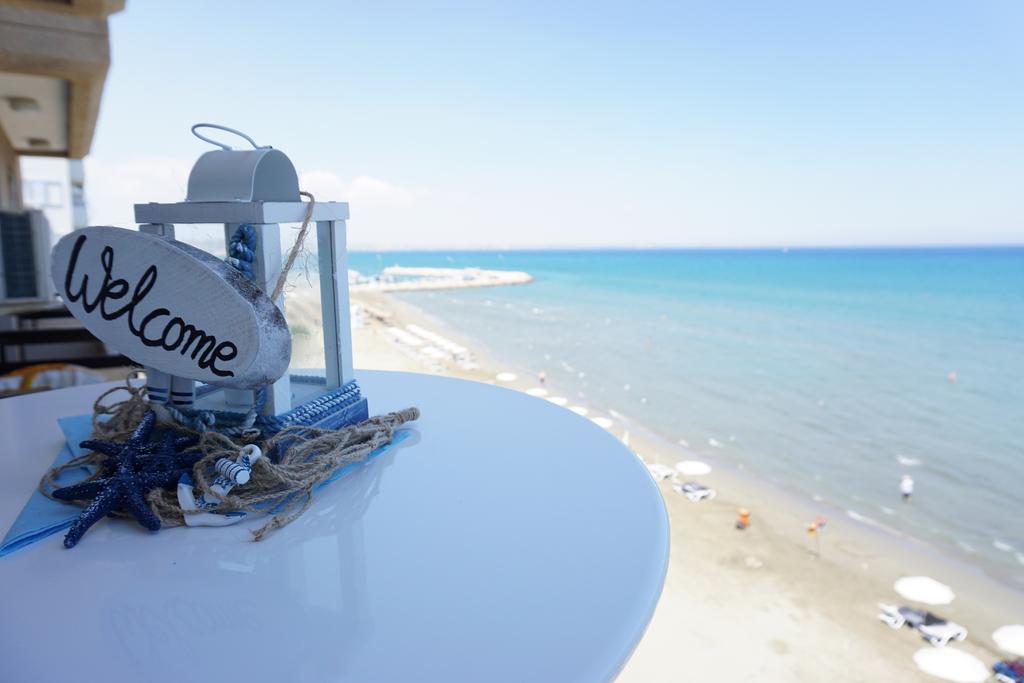 The area of the apartment, Mackenzie (southern part of Larnaca) is great, more quiet, has lots of restaurants and bars, and a 25 minute walk on the beachfront to the city (should you want to go there). The apartment (we had 405) is newly and nicely decorated. Speckless clean. The view to the Ocean is beautiful. The host, Anna, is the most organized person you can think off. You make the appointment for 10:00 am to check out. She is there with the strike of the clock. She hands you out information on the area and such, all well and professionally made. When
we come back to Larnaca, it will be to that place only ! 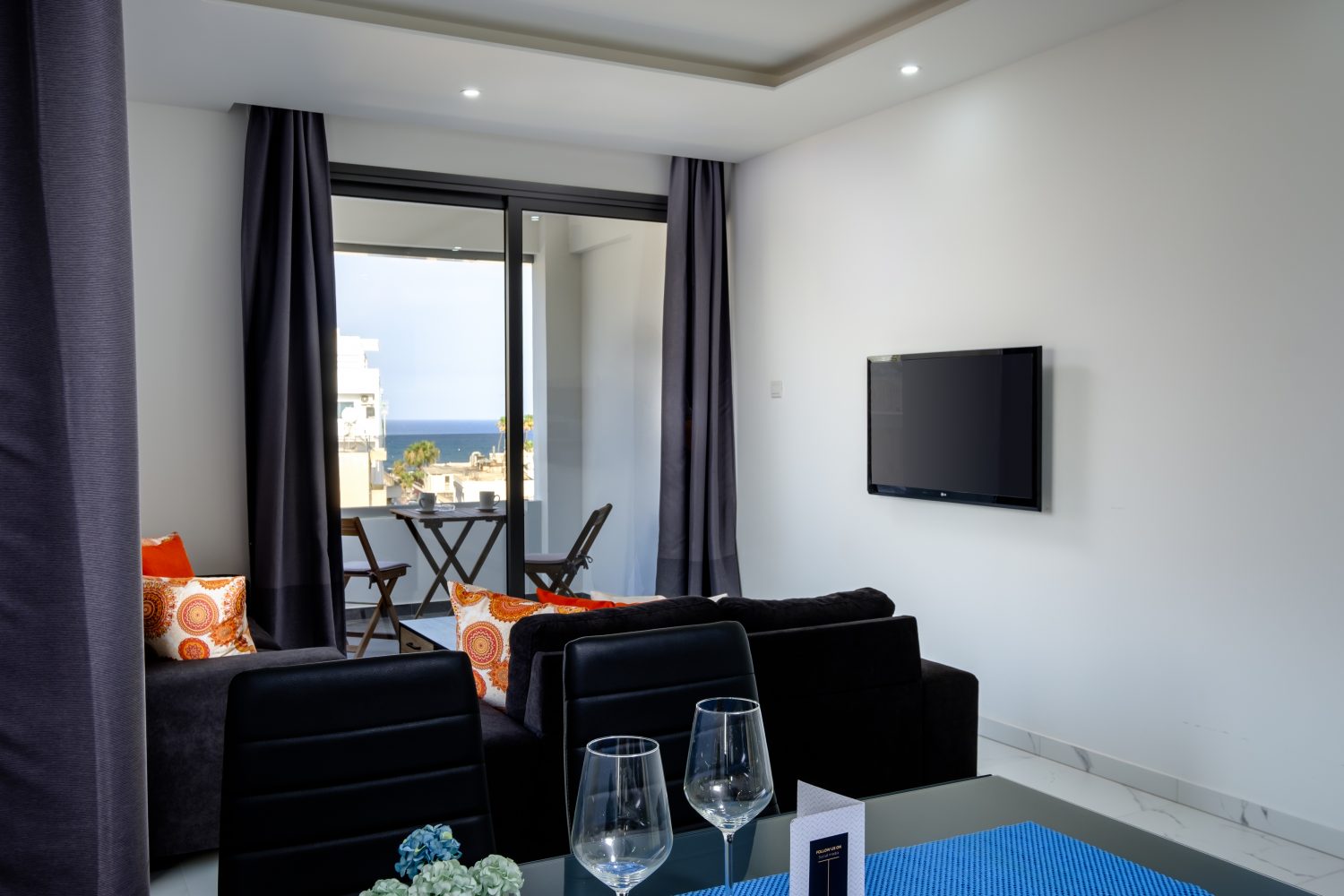 I am just home from the most perfect holiday to a Lazuli apartment. Our hosts were very professional and answered all our questions making us feel extremely welcome. The apartment was exactly what we had hoped for clean, fresh with an amazing sea-view we all felt we were in our ‘home away from home’ instantly. The apartment is in a perfect location with lovely cafes, shops and the beach on the door step- I highly recommend Lazuli apartment and can not wait to visit again. 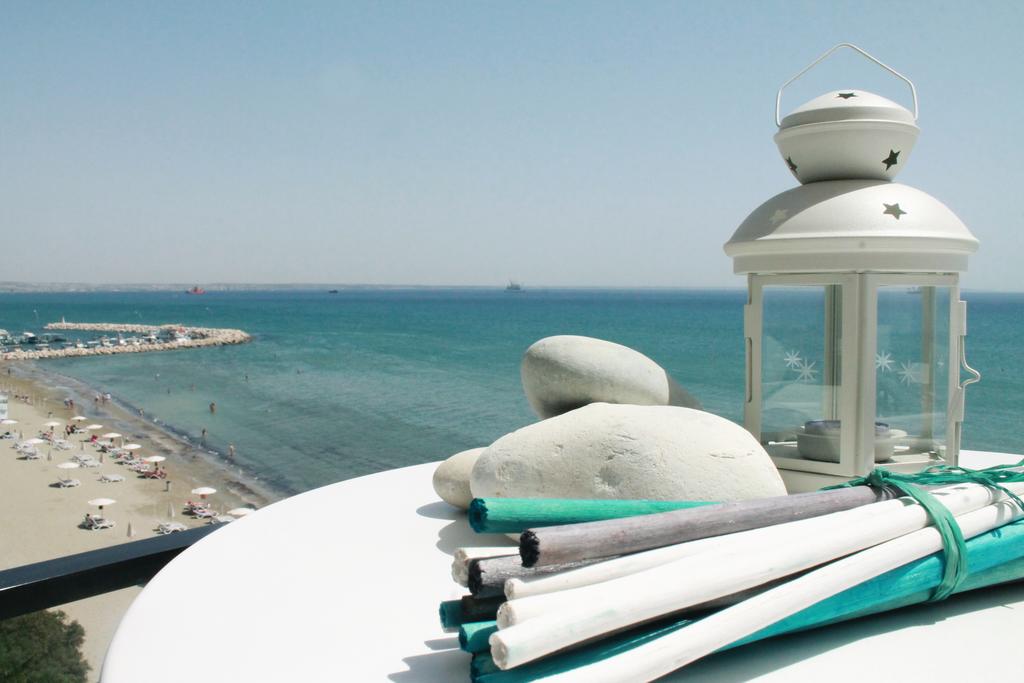 Lovely apartment, with a wonderfull sea-view and perfect location (on the beach and near good restaurants, bars and shops, close to the airport). We really loved that it was sparklingly clean, and that the communication with our host was very good and easy. We can t wait to come back again! 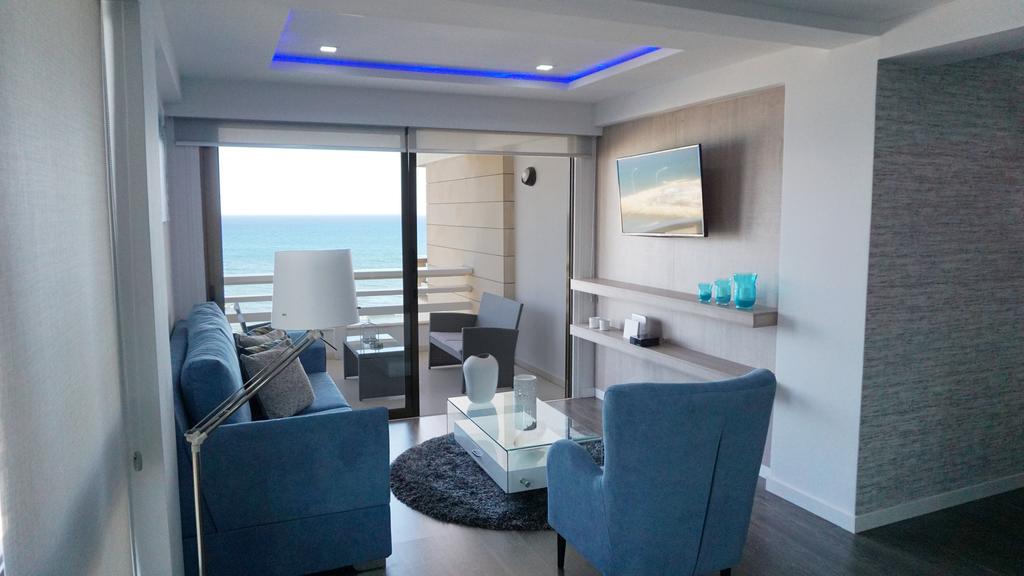 Lazuli’s place,by far exceeded our expectations.Peferct in every way!! This is,by far,the best Airbnb we have stayed at. If you’re planning a trip to Cyprus,Lazuli’s place is the place to stay.If I could rate it 10+ I would have Thanks again the Lazuli team:-)) 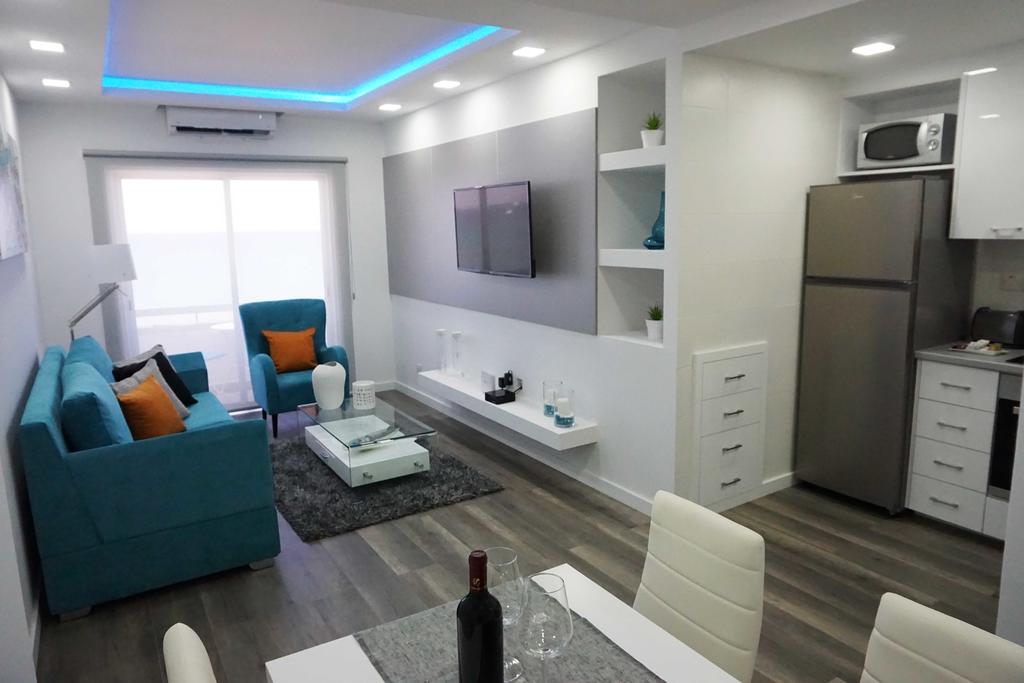 We had some beautiful days in Larnaca. The appartment is located directly at the beach with a lot of bars and restaurants around. The team of Lazuli appartments was very kind and gave us useful recommendations. The appartment was very clean and convenient. We all felt very comfortable and would be happy to come for a second time. 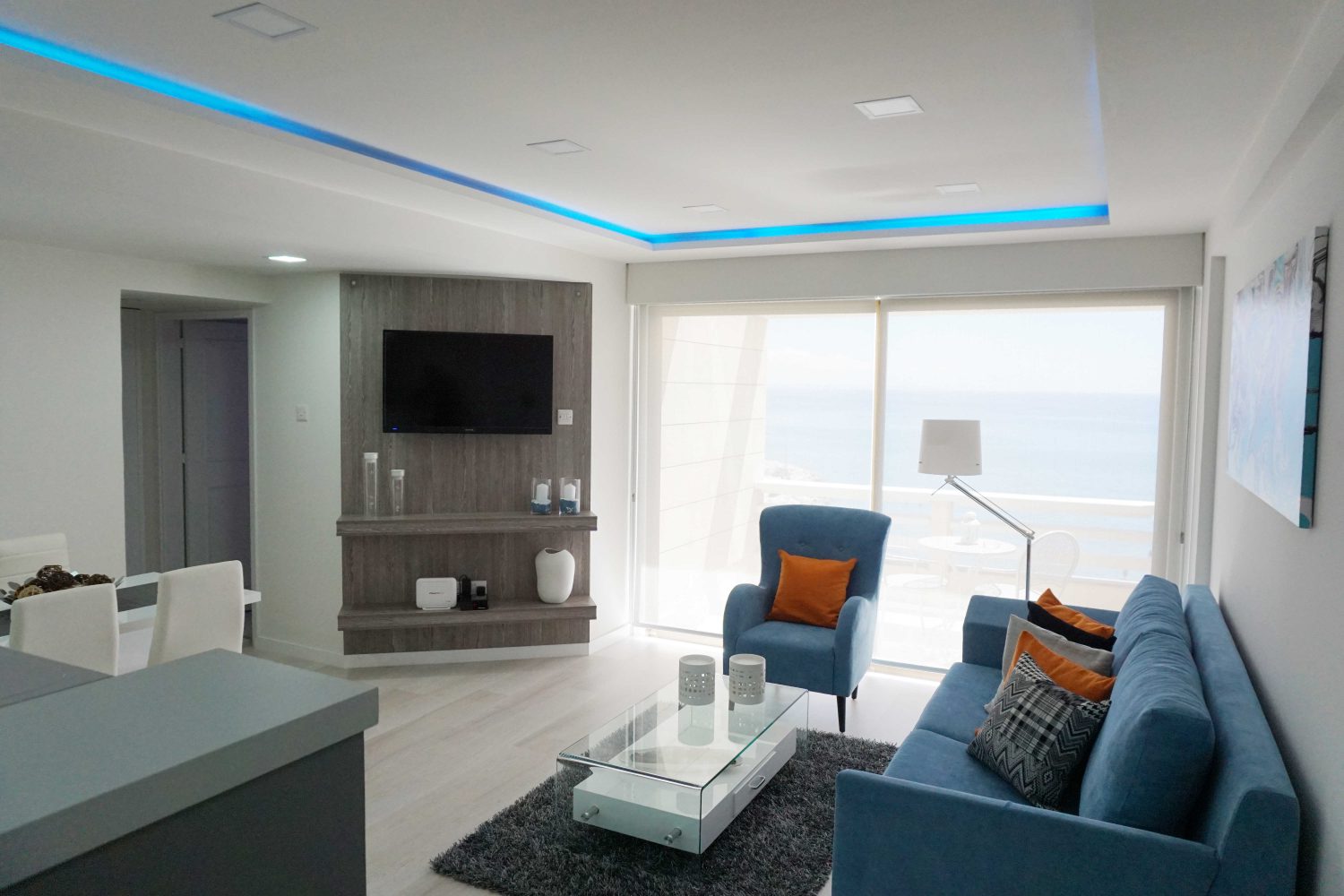 Best apartment with amazing sea view. The host is very good, helps if you need it. Thank you for one more 4 amazing days at your place. Hope come back. 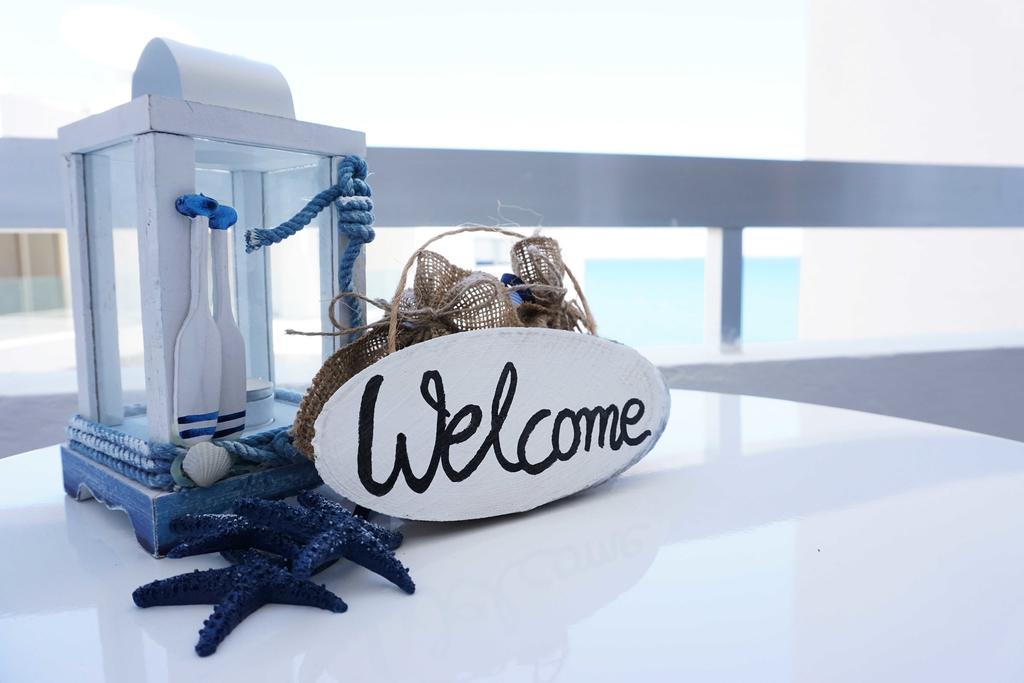 It was nice and clean place to stay. The Hosts responded well. Me and my husband had a great time during our stay. Thank you all. 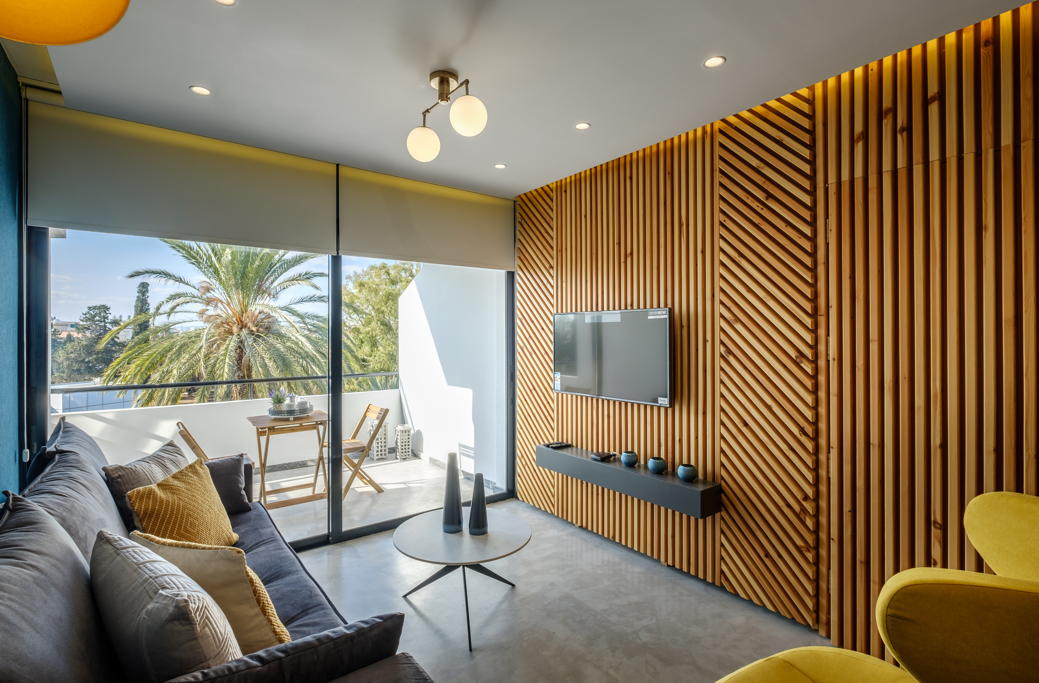 Perfect place !! The apartament is new, cozy , beautifully decorated and furnished, very clean and great location. The Lazuri team was very friendly, professional and helpful! We had a lovely stay !

It is vey beautiful view from the balcony. There are everything necessary in the apartment. Not everything was clean. But I believe that host will fix it. The apartment is very nice and comfortable. For me the worst was not clean shower. There was the mildew. And very bad sound insulation in the bedrooms. Was very loud from the street. And it was in winter. 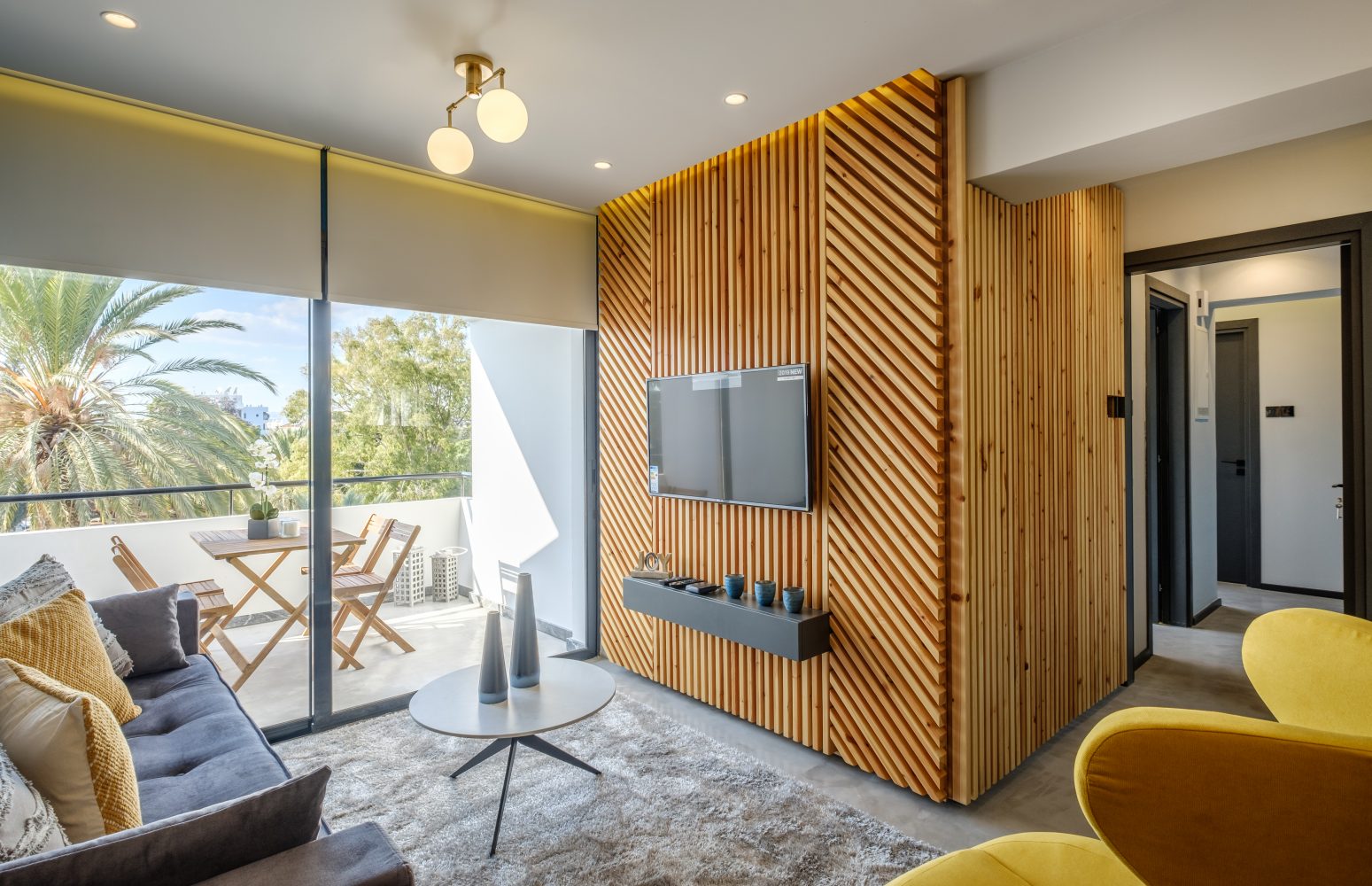 The apartment is really nice and comfortable(2 bedrooms) with good location, near to the sea and city center. Definitely recommend

We had a great time at Lazuli and loved the beach front view. The communication was super easy and quick and the place looks exactly like it does on the pictures. The neighborhood is very conveniently located and although it’s a lively neighborhood the apartment is quiet! Would absolutely recommend to stay there! 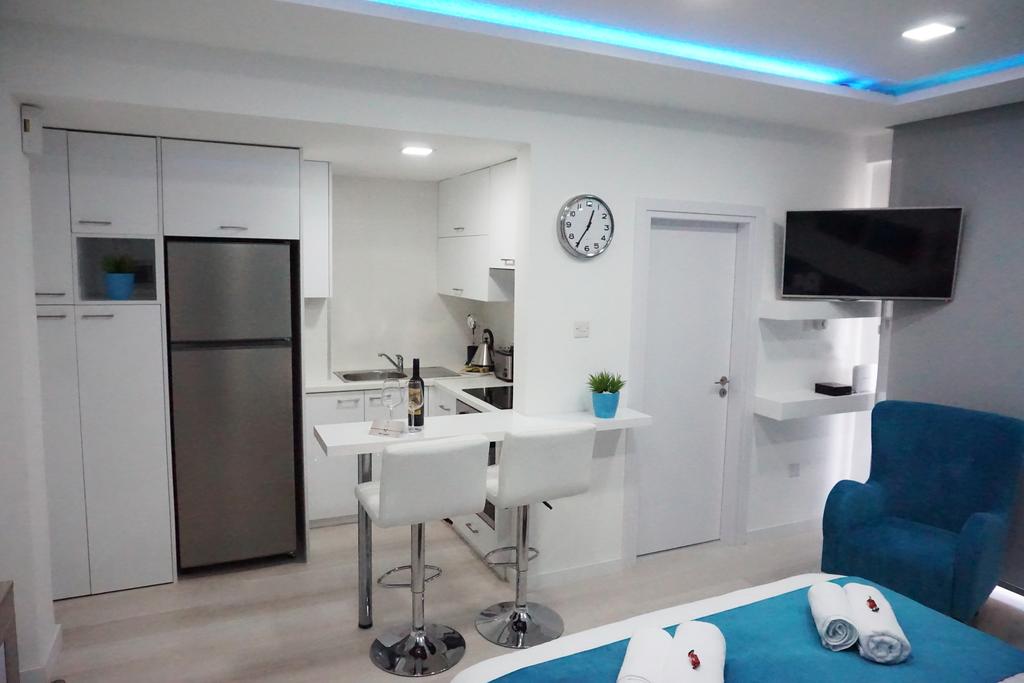 “Exceptional service! One of the situations where what you see on the pictures gets even better in reality.” 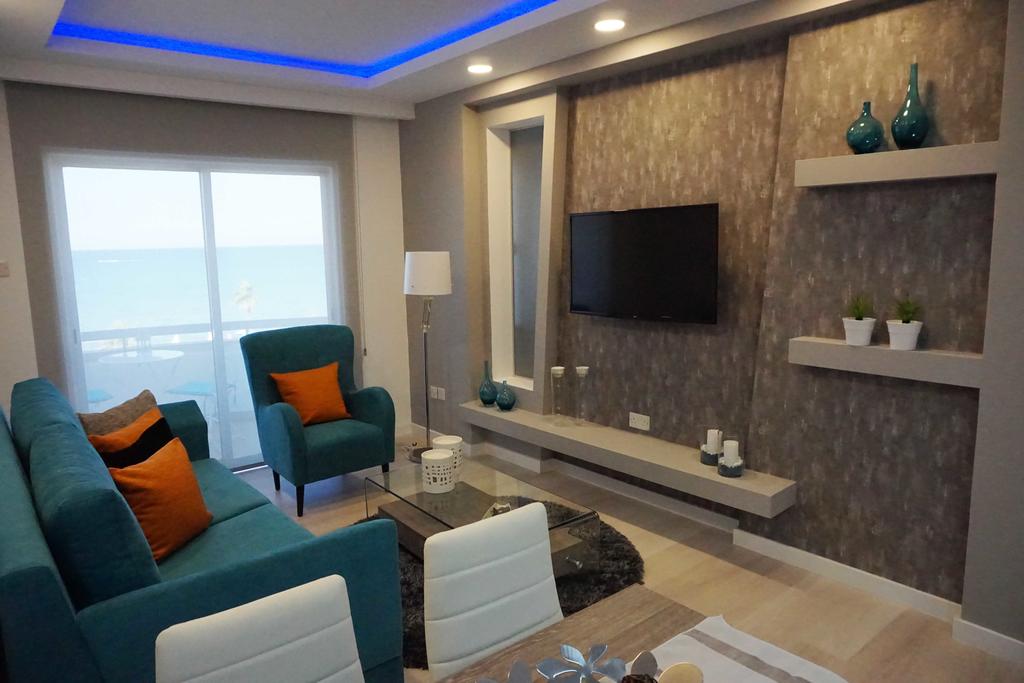 Very good location, several steps to the beach, in the centre of Larnaka. Beautiful renovated apartment, modernly decorated rooms, cosy and clean.
Outdoor furniture in the balcony, nice sea view. All what you need is in the kitchen and in the rooms.

The apartment was amazing and akin to a boutique hotel room. It overlooks the beach and the harbour and so the views are lovely. It has everything you could possible need, Is in a great location and I would definitely stay again. 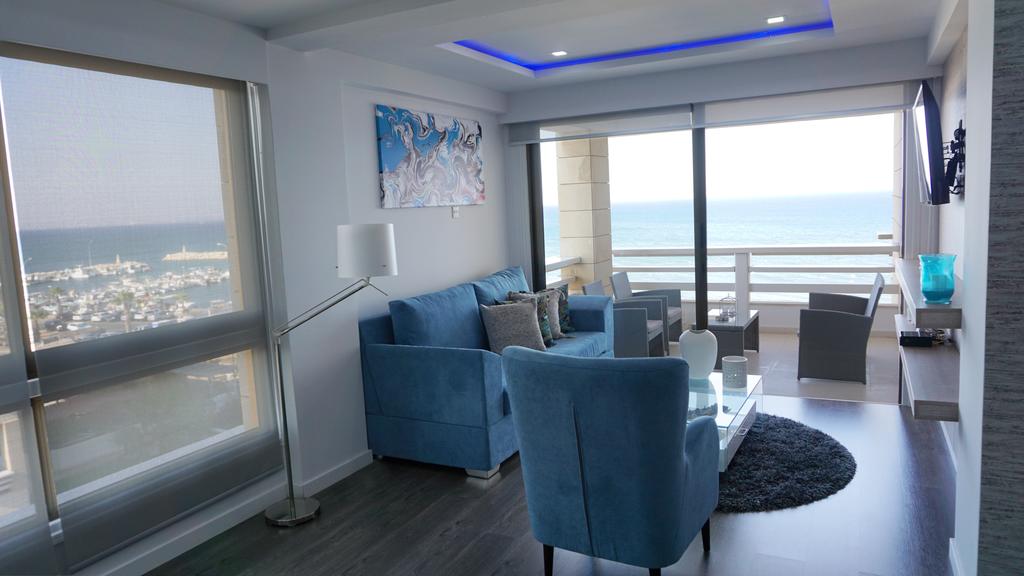 Friendly staff who arranged key collection and airport transfer prior to arrival. Lovely clean modern apartment with a stunning view over the beach. It was everything we wanted it to be.

Some text in the modal.